← more from
ears&eyes Records
Get fresh music recommendations delivered to your inbox every Friday. 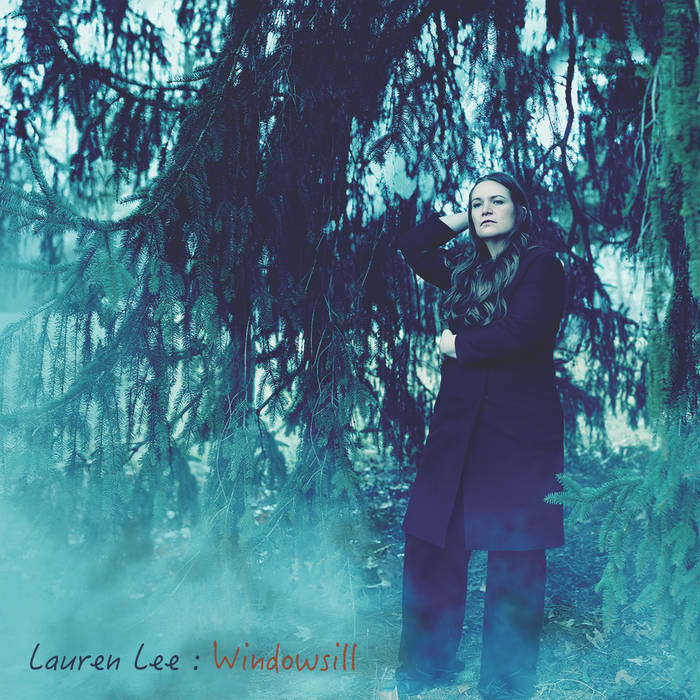 Lauren Lee is a forward-thinking vocalist, pianist, and composer based in New York City on a wild goose chase of sorts to find her own sound in the adventurous music scene as a young innovator. On Windowsill, you’ll hear a different approach to composition and improvisation coming from this young vocalist where her melodies skip and bounce all while being doubled by piano and voice, both under the control of Lee’s masterful touch. You’ll hear her doubling improvisations on piano or Fender Rhodes with her voice giving us a hint at some of Kurt Rosenwinkel’s The Next Step with an added freshness to the sonic palette. Virtuosic solos are common from bassist Marcos Varela as he’s presented with adventuresome harmony and daring percussive support.

The first “window” on this aural exploit was an actual journey to Switzerland, with Lee accepting an Artist-in-Residence opportunity in the Alps in a small town near the Italian border. The views alone would be enough to seduce anyone into sitting down and writing a few tunes, but it wasn’t just the mountains that sang in her mind. It was a reflection on the place she had just come from (she played the Stockholm Jazz Festival prior to arriving in Switzerland) and on the places, she would be heading afterward (Bormio, Milan, and Berlin, specifically). She had been to Berlin previously and was excited about what kind of adventures could lay ahead in these places that were not her home. We first get a glimpse of a soundcloud with long vocal tones before leaping into an angular call-and-response melody between a piano/voice combo against “So What-type” responses from the sax/bass. And just seconds later a new timbre is introduced in this just quartet line-up: flute. Loose backbeats change to and fro mixing where one might expect a downbeat, Lee takes a soaring piano solo seamlessly transitioning into a long tone, reaching-feel solo from Mulholland on alto sax gradually winding down for an explosive bass solo finalizing in yet another new timbre: clarinet. Mulholland and Lee’s musical chemistry is further emphasized on the outro, which blossoms into a multi-layered duet of differing vocal and woodwind textures. The outro gives us a glance into something we don’t often experience on jazz releases, but here offers yet another timbre of sorts when Lee allows herself to overdub layers of long vocal yearnings.

The title track’s ominous and simple beginnings lay the groundwork for an expedition where anything is possible, like opening your eyes on a fresh, new day. Lee’s delicate, wordless vocals, sometimes matching in perfect harmony with her piano playing, blend seamlessly into the instrumental texture of the music.

As she played out various scenarios in her mind, the tunes wrote themselves for Windowsill. The solitude of working in a small town in the Alps also created a bit of time for loneliness, longing, and reflection, which made their way onto tracks like So Long, a love song she wrote while being apart from her fiance for 6 weeks. That, coupled with the overall upbeat and audacious spirit of the album, has the power to take the listener on an emotional journey, be it through the mundane of everyday life, or on the adventure of a lifetime.

The title track, Windowsill, is based on what would be a whimsical, fictional journey of someone other than Lee, but instead her cat, Smeagol. The album got its name as she was writing the tune that would later be called Windowsill right after she returned home from touring in Europe, still fresh and eager to write. As she sketched harmonies at the piano, she watched her cat gazing longingly out the window with such hope and anticipation. She wondered if he was hunting on the savannah, like a big cat would, pouncing on the birds and squirrels outside, or eating an endless supply of meats that were just for him. When she sat down to write, he assumed his position in his perch, and thus, Windowsill was born. On this track, we get a daring and darting solo from Mulholland on clarinet and again the layering of Lee’s voice gives us a soothing pad of sounds, hinting at indie-pop star St. Vincent.

In ‘Get Off Me’, the 3rd track on the album and at just under the 4 ½ minute mark, we finally hear the seemingly composed solo with solid execution between the improvisation between two “personalities” of Lee, voice, and piano. She darts around both instruments doubling the solo in such a way that not usual and has a freshness that is fulfilling in the overall scheme of the album.

As the quartet plays on, experimenting with timbres and colors that take the listener to faraway and fantastical places all the way to the end with the appropriately titled closing track, She Who Journeys, one thing is certain: Lee has no intentions of slowing down.

Windowsill will be released on the indie label, ears&eyes Records, on October 18th, 2019.

New album out on ears&eyes Records this April 30